The declaration of Independence for the United States of America was formally declared on July 2, 1776, and signed on July 4, 1776.  However, it was not for another 144 years that Congress passed the 19th Amendment and ratified it, granting women the right to vote.  It was not until nearly 70 years ago when the United Nations declared that women’s rights are fundamental human rights, and that women should have the right to live free from violence, slavery, discrimination, to be educated, to own property, to vote, and to earn a fair and equal wage.  This issue is not isolated to one country, but is a worldwide problem.

Women have been fighting a war for years to obtain the same rights which are granted to men.  One powerful voice that is advocating for these females, specifically female athletes, is Lindsay Crouse.  Lindsay is a journalist for the New York Times, an editor, producer, and competitive amateur marathon runner that is utilizing her position as a tool to bring inequality to the forefronts of our minds.

There are multiple issues facing female athletes that are in plain sight of the general public that we should be concerned about.  These issues include but are not limited to pregnancy, bullying, emotional abuse, and pay equality.  Lindsay worked with top tier female runners over the course of a year to help tell their story and bring to light issues that may not be considered illegal, but that should be seen as unethical.

Female athletes have lost money, sponsorship and some even their career, simply because of gender inequality.  In a series of opinion articles written for the New York Times, Lindsay highlighted some of these incredible athletes and the struggles they faced while running and competing for large sponsors.

Mary Cain was one of the fastest women of our generation, and the youngest American track and field athlete to make a World Championship.  After signing with Nike’s Oregon Project she was beaten down by the win-at-all-cost culture and was forced to lose more and more weight until her body eventually broke down and she became damaged goods.

Allyson Felix, a USA Olympian who won nine Olympic medals in track, was arguably one of Nike’s most marketed female athletes.  Allyson, along with two of her Nike teammates, Alysia Montano and Kara Goucher, had dreams of being great runners and mothers.  However, becoming pregnant and having children caused them to experience pay cuts and risk losing their contracts, simply for wanting to have children.

Lindsay, and several brave female athletes helped bring these issues to the forefront of our minds and due to their courage, many top tier sponsors have made changes to their contracts proving these female athletes with guaranteed payments while they for the year and a half surrounding their pregnancies.  Without these valiant women being willing to share their stores, future female athletes would be dealing with the same issues for many years to come.

Permission to Rebrand Yourself

We are living in an exciting time for women’s sports and American women should thrilled about what is happening right now.  The elite and sub-elite women are running well and are giving strength and courage to women everywhere.  These women are not just athletes but have other important roles in their lives such as mothers and full time jobs.  Women all over the world can relate and identify with these athletes and should be empowered by them.

For Lindsay, she continues to get older but has not let that limit her abilities as a runner.  As she is getting older, she is becoming faster than she ever thought she could be.  But as she continues to accomplish what she believed to be impossible she has realized that no one should be able to brand you.  You have permission to rebrand yourself and be what others don’t think you can be.  You don’t need permission from anybody but yourself to go out and accomplish amazing goals.  One person, giving permission in their own life to rebrand themselves, is enough to potentially inspire everyone else in their own lives.

If you want something to change, don’t wait for the system to accommodate you.  Make whatever system you are in work for you.  There will always be disadvantages, but you can turn those into advantages if you look for it.  Many women are accomplishing fantastic things in the workplace, but this is not enough. Think about why you want to do something, and if why you want to do it is really important to you, go get it!  Once you’ve got it, find ways to fix it for other people.  You may not always be able to change the system but find different ways to bring other women with you.

Women always are made to feel as though they are competing for positions.  It seems like there are a limited number of slots for women in the workplace, whereas men don’t typically feel as though they have to compete for positions.  But remember, if you put the work in, you can get there.  You can do whatever you want to do as long as you’ve prepared yourself.  And when the opportunity presents itself, the time and effort you’ve put into it will be obvious.  It is not a matter of being perfect, but of being brave.  Change your mindset and be the change that you want to see!

While we have come a long way, we still have a long way to go.  This is a battle that is being fought every day.  We have two choices: act like it doesn’t exist and do nothing or find ways to get involved.  This is not about women being greater than men, but about women being equal to men.  There are incredible female athletes working hard every day to get their chance to shine.  It is up to each and every one of us to make sure these incredible people are given every opportunity to succeed, to eliminate the stigma, and to perpetuate the cause.

Thank you to my wonderful sponsor Tracksmith and Athletic Greens for sponsoring this episode of the Running for Real Podcast.

I am now taking 3 months off to take some time to get to know my new baby, there is only ONE thing I will be continuing to work on while I am away, and that is my newsletter. I send it out once a week with just my thoughts, any updates, something I am appreciating, and it is just a way for me to stay connected with you all. 🙂

If you want to join go here to sign up!

Thank you to Lindsay, I look forward to hearing your thoughts on the show. 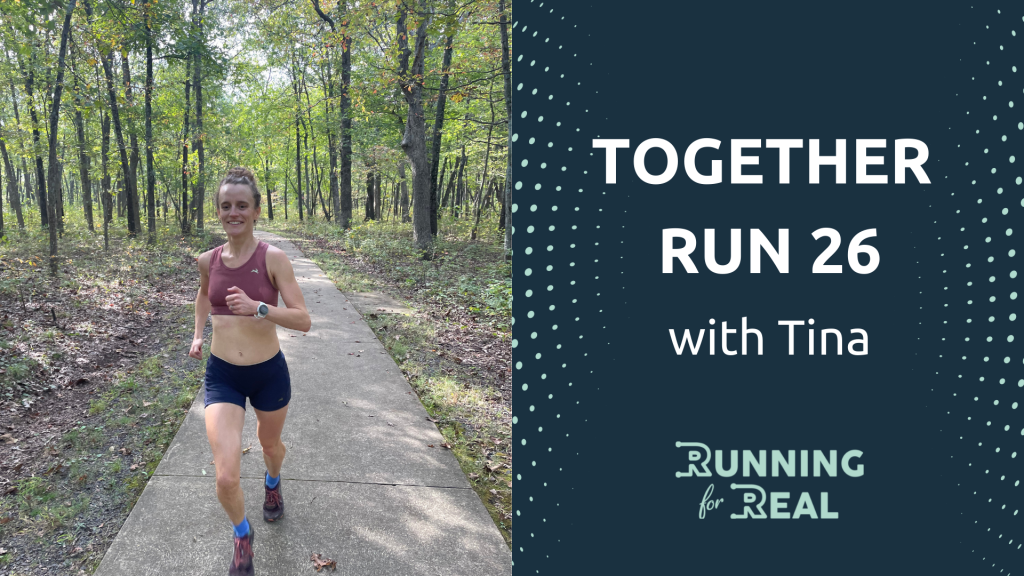 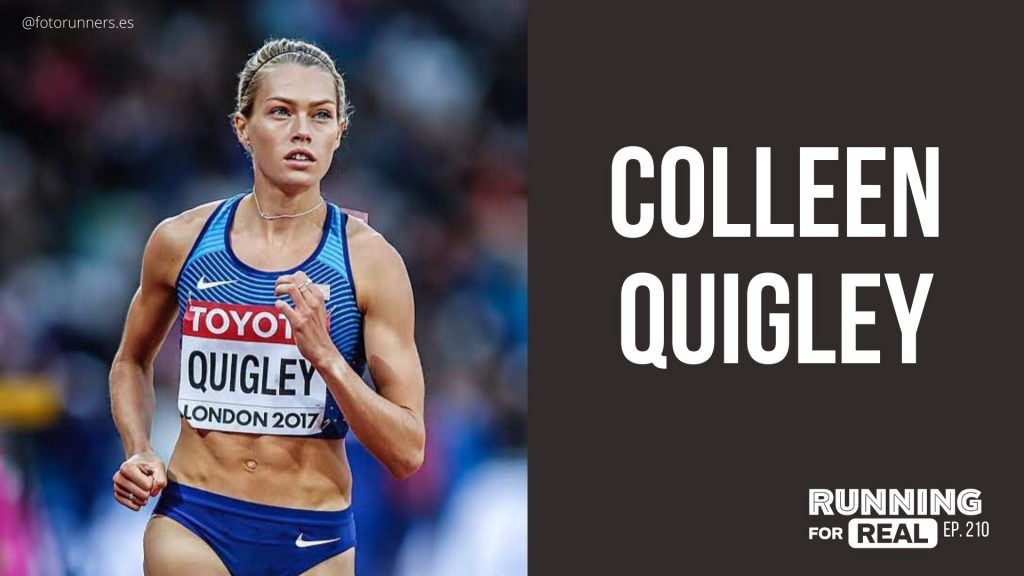 Colleen Quigley: A Legacy of Creating Community and Acceptance – R4R 210 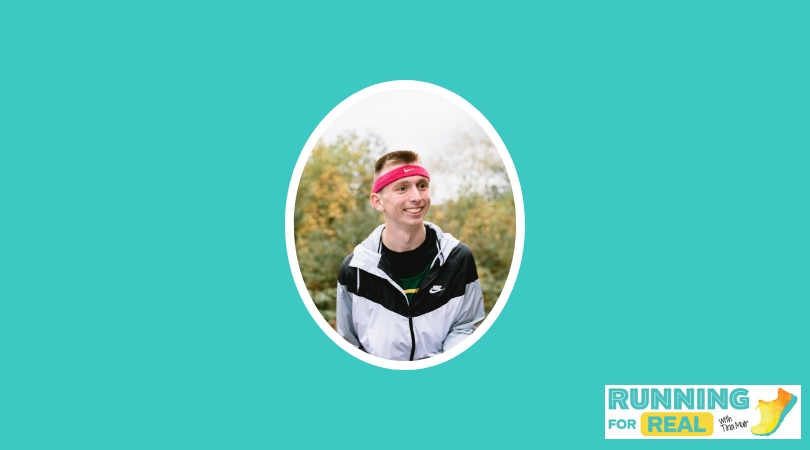 Justin Gallegos: It’s Your Mindset, Not Your Abilities -R4R 104