Many of us can relate to Tonya Russell’s story.  Not the part about being a journalist who’s written for publications including The New York Times, The Washington Post, Self, The Atlantic, and Marie Claire, but as runners.  She’s coming back from a series of injuries, and talks honestly about what may have caused them and the emotions that being an injured runner evokes.

“I think it’s the universe finally pushing forwards towards the life that I wanted.”

This April will mark Tonya’s second anniversary as a journalist.  Before 2020, she recalls,” I didn’t even think this would ever happen. I thought it would just be something that I would reflect back on 20,30 years from now, saying, “I wish I had become a journalist.”  She graduated with a journalism degree in 2011, but “it just never worked for me.”

When she decided to pursue writing again, she was published in the New York Times within the first month. Now, she says, “I can’t deny the fact that I’ve crossed almost every dream publication off of my bucket list.”  The major one remaining is Vanity Fair.

“I feel like I can’t be shy about my struggles because somebody has to say it.”

Tonya is in the final stages of recovering from a pelvic stress fracture.  It’s the latest in a series of injuries that have plagued her over the past two years.  “It honestly doesn’t make a lot of sense to me and I feel like every time I get started, something comes up,” she says.  That’s especially frustrating at this time of year.  “It’s the beginning of the running season and everyone’s stored up all this energy or all the superpowers from the wintertime and they’re already out there crushing their goals and I’m still sitting on my couch, waiting.”

Even though we’re happy for our friends’ successes, when we’re injured, it can be hard not to also be envious of them.  Tonya believes that it’s important to speak about those feelings.  “When nobody else is talking about jealousy or feeling hurt – glad for someone, but also hurt in a way – it makes you feel like a bit of a mean girl.”  She knows that she “can’t be the only one harboring such negativity” and wants others experiencing the same emotions to know that they’re not alone.

“Honestly, I used to see people get hurt all the time and I’m like, there has to be something that they’re doing.”

Before her injury streak, when Tonya would see injured runners, she would think, “it has to be their form or their gait or you know, maybe they’re not lifting. So I guess I kind of did look at other people and not in a judgy way, but more like a concerned way.  Like there’s gotta be a reason for it.”

Lately she’s turned that lens on herself, trying to figure out why she’s had two stress fractures in six months.  Her natural tendency is to “pick myself apart, trying to figure out what’s wrong with me.”  She’s trying not to be too judgmental, observing, “I know that beating myself up about it isn’t going to change it or make it heal any faster.”

While nutrition or anatomy may have been factors in causing her stress fractures, Tonya suspects that toxic positivity could also have played a role.  She sees a lot of that in the running community.  “It might be sharing with a friend, ‘oh, I have a stress fracture in my pelvis’ and them saying, ‘Well, it could be worse. Your whole leg could be broken or you could require surgery’ or something like that.”

Tonya explains that while toxic positivity may be intended to “give you a boost,” instead, “it kind of invalidates your experience.”  It can also lead to pushing yourself harder than you should.  “Yes, somebody could always have it worse, but that doesn’t mean that our pain isn’t valid. If you don’t feel like running one day, if you’re just not into it, if you’re mentally beat down, if you’re exhausted, the fact that somebody else can’t run doesn’t mean that you can’t  take a nap or sleep in instead of going for your run.”

“Maybe running the day after a car accident wasn’t the best idea.”

Runners are often Type A personalities, with a tendency to overdo things.  Tonya is a prime example.  When a therapist questioned if she should run as often as she did, her reaction was, “You’re just not fit; you’re just not a runner; you don’t understand. Yeah, I raced last weekend and I’m gonna race this weekend too; what about it?”

She ran with a torn labrum, and “jumped in with other Type A runners.  Running became punishment sometimes.  We wanted to punish ourselves if we weren’t running fast enough some days. Some of us had trouble with slow paces or easy runs.  Easy runs were never easy.” “

“If something doesn’t seem right, chances are it might not be.”

Even before her stress fracture diagnosis, the signs were there that Tonya was doing too much.  She emphasizes the importance of taking notice of how you feel.  “If your gut is telling you that you’re going too hard or if you feel some hesitation to sign up for as many races as other people, that’s okay; listen to your body.”

She suggests that a good way to evaluate if you’re making the correct decision about your behavior is to “ask yourself, if you communicated a certain thought with your coach or another professional, how would they react to it?  If you’re hesitant to express your thoughts with someone, the chances are the thought might be problematic.”

It’s great to get PRs, but running should be enjoyable. “If you’re finding that you’re dreading it, that you’re feeling overly critical with yourself about something that you’re not getting paid to do, then you really need to reevaluate your motives and what you’re hoping to get out of the sport.”

“I think that we should really pay attention to how much fun we’re having.”

Thank you to athletic greens, allbirds, and insidetracker for sponsoring this episode.

“Thank you” to Tonya.  We look forward to hearing your thoughts on the show. 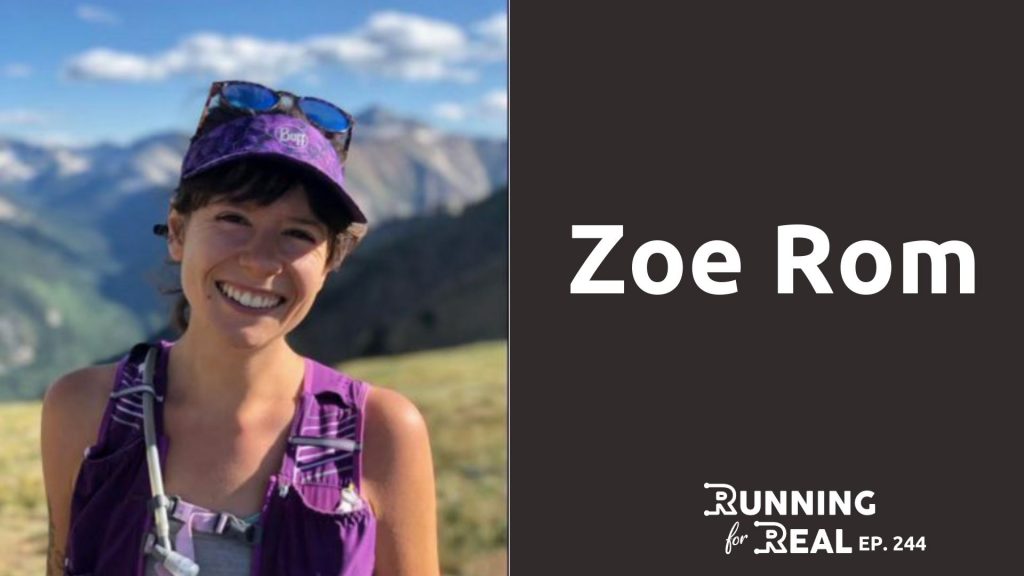 Zoë Rom: Female Excellence Should Be Celebrated, Not Qualified – R4R 244 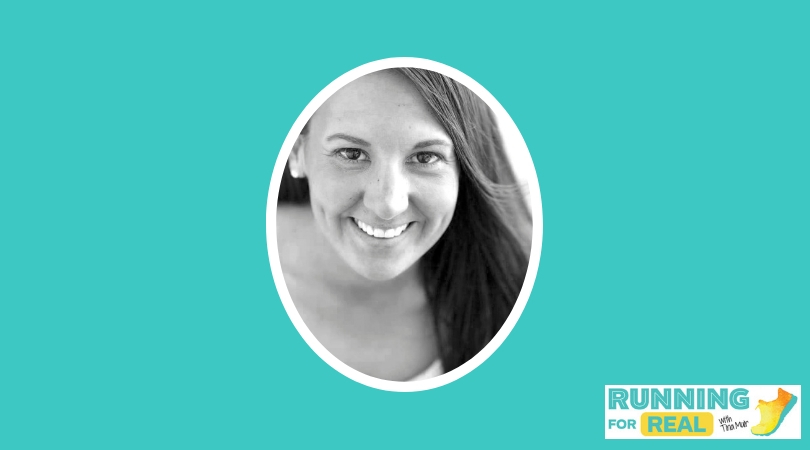 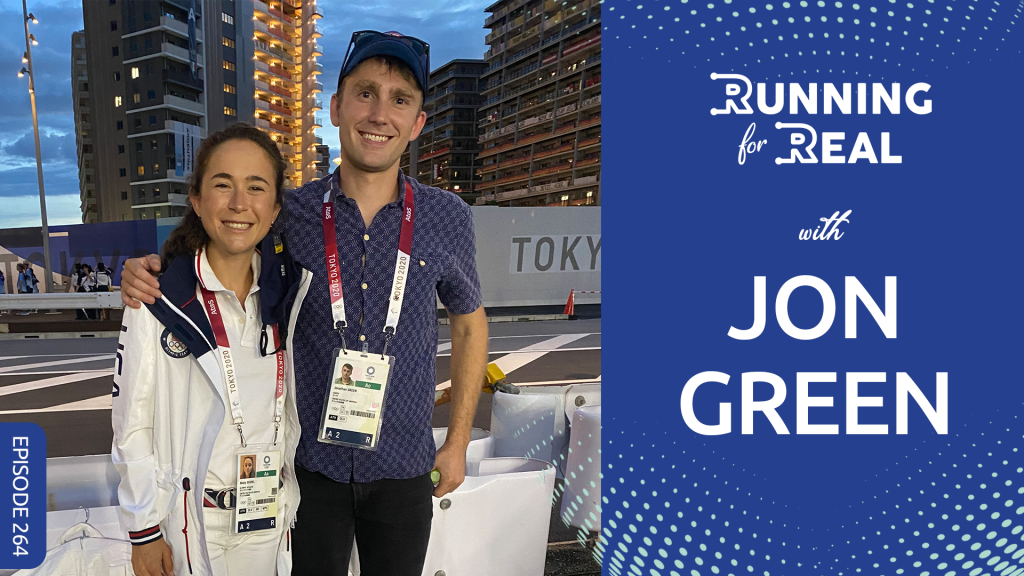