Jasmin Paris: Do What You Feel Is Right and What Makes You Happy – R4R 319

Runners have seven days to complete the Spine Race, 268 miles along the Pennine Way. Jasmin Paris completed the grueling winter course, the majority of which takes place in darkness, in less than half that time.  She was the overall winner in 2019, finishing in 83 hours, 12 minutes, breaking the previous overall record of 95 hours, 17 minutes and the previous female record of 109 hours, 54 minutes. Her win went viral, not only because of the records she smashed, but because she was breast-feeding at the time, and expressed milk for her baby during rest breaks.

This year, Jasmin completed three loops of the Barkley Marathons, the first time in nine years that a woman had done so. She also left her corporate sponsor and began representing Green Runners, an environmental group which she co-founded.

It may be hard to imagine, but Jasmin didn’t even consider herself to be a runner until after she left university. She was, however, introduced to hiking at an early age.  Her parents hiked across the Andes, carrying her, when she was just a year old. When they were old enough, she and her brother would go on long hikes together. “We’d take all our stuff and go for like 7 to 10 days to mountains all over Europe, the wilder the better,” she recalls. “And the aim would really be not to see anyone for that whole time.”

After graduation, a colleague at Jasmin’s first job, a fell runner, suggested that she give fell running a try. She entered a local race. “I only had road trainers; I fell over a lot of times on the descent because I just slipped, but I loved it. I was so oxygen deficient by the time I finished, but I thought, ‘This is fantastic; these people are running around in the hills for fun. I think I found the people that I can really, really understand and these people understand me.’ I just fell in love with it that day.”

The difference between fell racing and trail racing is that in fell racing, there are no trails to follow. There may be checkpoints along the way, but basically, runners find their own way to their destination. They’re also “pretty low key,” Jasmin observes. “They rarely have any big sort of sponsorship or media presence there. They tend to have prizes like a bottle of wine or a homemade cake. Super friendly. And they often finish with soup and tea and cake. So lots of home baking involved, and really kind of gnarly proper rough races in the hills. I really love it.”

On the other end of the ultra racing spectrum is the UTMB (Ultra-Trail du Mont Blanc). Jasmin first ran it in 2016, as her first 100-mile race, and finished sixth, but she has mixed feelings about it. “I’m actually quite against how commercial it is,” she says. “What I enjoy about it is the people, because it’s incredible. The atmosphere is just out of this world, the people along the trail, even in the middle of the night there’ll be somebody playing an accordion high on the mountain pass, and there’s kids that stay up till goodness knows what time ringing cattle bells along the route…”

UTMB encourages runners to compete in a series of qualifying races, a practice with which Jasmin disagrees. “I think we should be encouraging people to try and travel less and travel by land rather than air if we want to save our mountains, which is ultimately what I imagine all people want to do, that love trail running and fell running. We need to massively cut our carbon footprint. And we’re not gonna do that by flying regularly across the world to run races in the UTMB World Series.”

Reducing our carbon footprint is a primary goal of the Green Runners, a group that Jasmin co-founded, which is “trying to empower the running community and inform them to make better decisions in terms of our planet.”  The organization has four pillars: How you move, how you kit-up, how you eat, and how you speak out.

How you move is primarily about how you get to races. When Jasmin ran UTMB this year, she went by train. If public transportation isn’t an option, consider whether you might be able to share a ride with another runner.

The second pillar is how you kit-up. As Jasmin points out, “The kit that you’ve already got is the most sustainable kit that you can have. You don’t need new colors for each season, that kind of thing.” Use items for as long as you can, recycle what can’t be repaired, and when you do need to buy new gear, try to purchase items that will last a long time.

As for how you eat, Jasmin says, “Ideally, a plant-based diet is the way to go.” That applies to every-day life, of course, but Jasmin would also like to see races offer more vegan food along their courses, not necessarily exclusively, but at least as an option.

The final pillar, how you speak out, is the most vital one. While we can all make a difference by our individual efforts, the most meaningful change has to come from governments and corporations. “The more people that demand change, the more likely things are to start changing,” Jasmin says. “So speaking out, I think, is really important.” As that applies to races, you might approach race directors and ask them to consider using Trees Not Tees, not using plastic cups, or making sure that their race’s start time is compatible with using public transportation to get there.

One way that Jasmin has chosen to speak up is by leaving her corporate sponsor and representing Green Runners instead.  “If I’m going to have to represent somebody, if I’m gonna be talked about on social media,” she says,”then let it be for something that I think is really worthwhile.”

Jasmin’s future races are sure to draw attention to Green Runners. She’s contemplating another attempt at the Barkley Marathons. When she completed three loops of the world’s toughest ultramarathon in under 40 hours, she became the first woman in nine years to achieve the “Fun Run.” The last time a runner completed all five loops was in 2017, and no woman has ever finished the race. Jasmin would like to change that. “I think it would be amazing to be the first woman to finish it, but that’s not the thing that really drives me; it’s just a personal challenge. Laz [Gary Cantrell, a.k.a. Lazarus Lake, the race director] has said a few times, I think slightly tongue in cheek and slightly because he wants to rile the women to do it, he’s said a few times that women can’t finish it. I think a woman will finish; it’s just a matter of time and then who it is and a little bit of luck.”

Thank you to Athletic Greens, Tracksmith, and Running for Real  for sponsoring this episode. 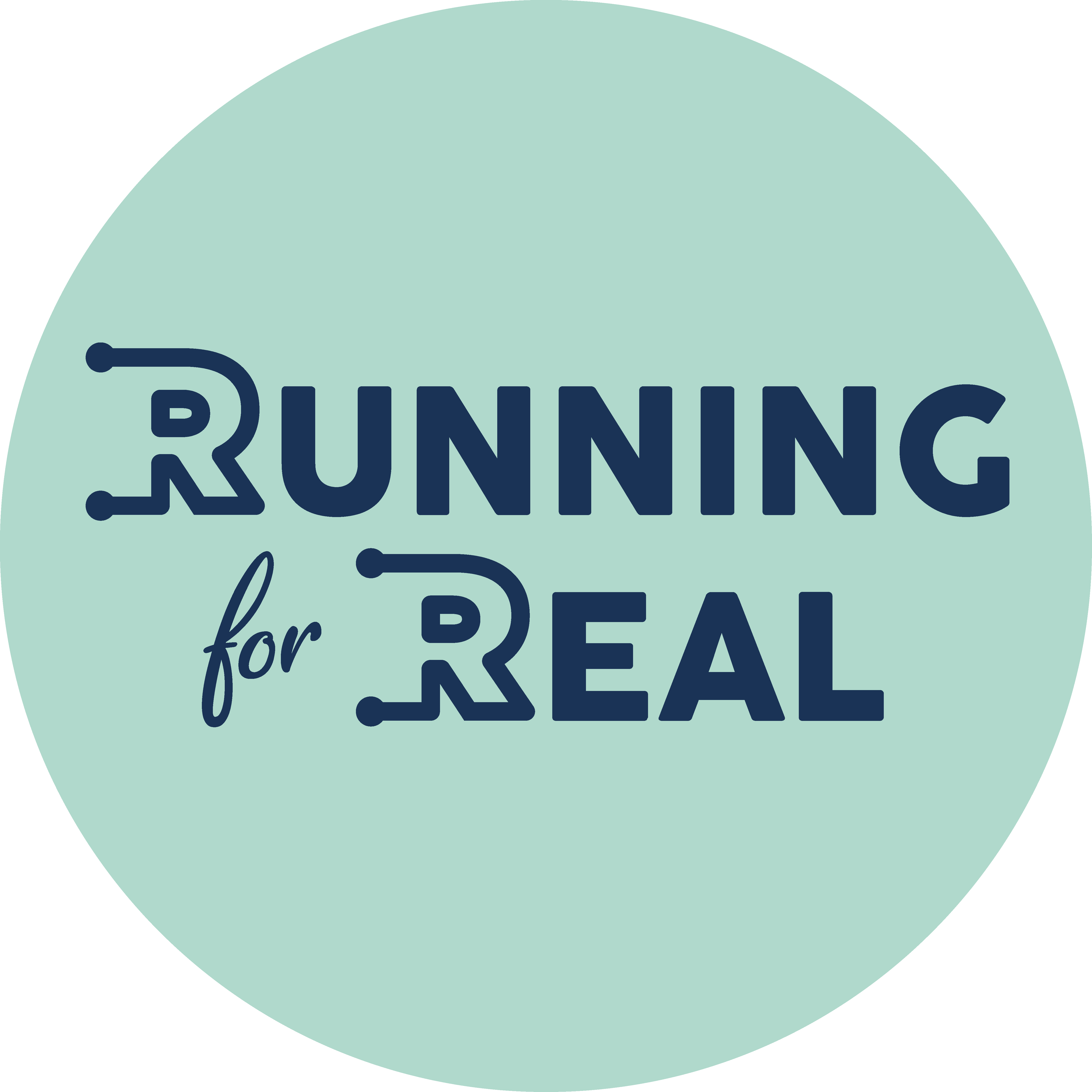 Together Runs are for those times when you’re running by yourself but you don’t want to feel alone.  Tina will accompany you all along the way, sharing conversation, mindfulness practices, and helpful tips  – you may not actually have company on the run, but you’ll feel as though you do. Together Run podcast episodes come out on Mondays, and be sure to check out our short Weekly Strides episodes every Wednesday!

The easiest way to keep up with everything going on at Running for Real is by subscribing to our newsletter, which comes out every Monday. No spam, we promise!

If you’re in recovery from amenorrhea or RED-S, we’d love to talk with you about a project that we’re very excited about. Please reach out to Tina on any of the social media platforms or to Sally at sally@runningforreal.com, so we can tell you more about it!

And finally, if you’re running the Chicago Marathon or the New York City Marathon, let us know!

“Thank you” to Jasmin.  We look forward to hearing your thoughts on the show. 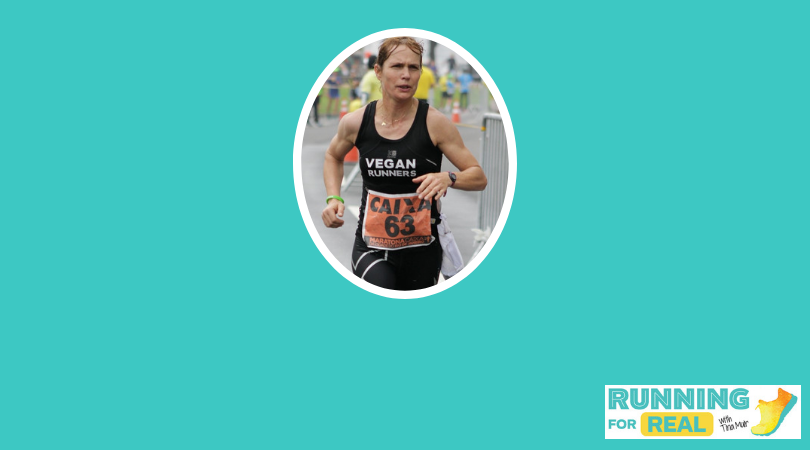 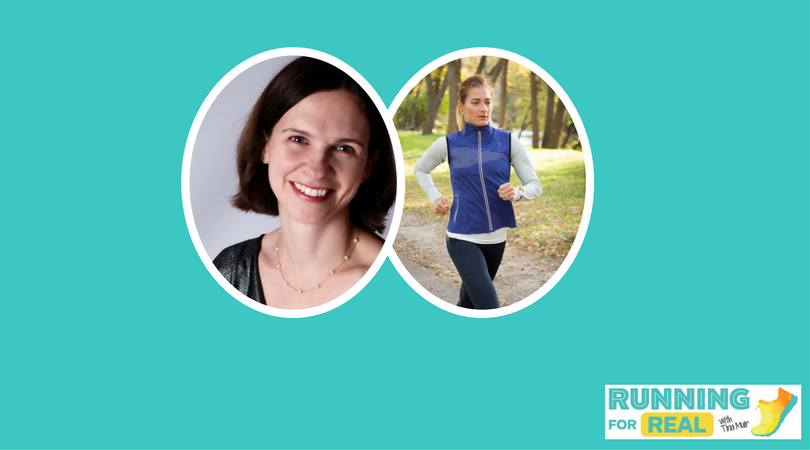 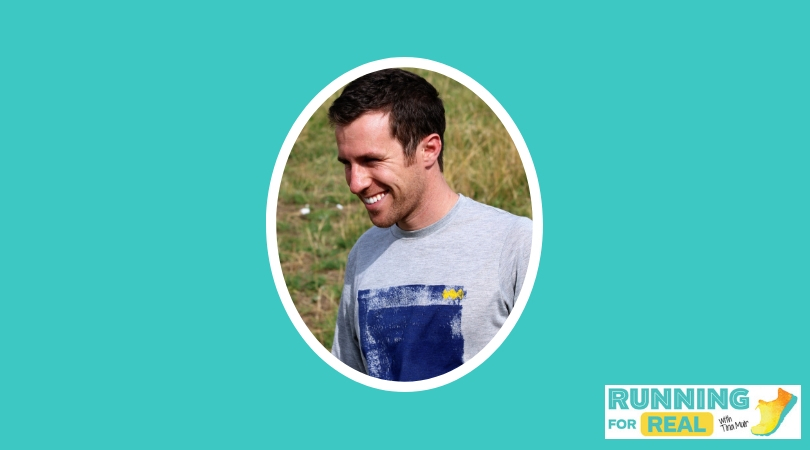 Dave Spandorfer: Running Creates Positive Change With Ourselves And The World -R4R 137