Running for Time, Not Distance

REAL runners run for miles, kilometers, distance. Running by time is for the inexperienced, right?

Actually, no.  Just think about it; until fairly recently there were no GPS watches and everyone trained by time, from high school runners to Olympians.

Regardless of level, speed, ability, or experience, time-based running programs are something to consider. You can still ramp up your mileage.  Training by time will get you race ready, help you get fit, or any other reason you may run, with one HUGE bonus:

It’s not wrong to run for distance rather than minutes, but sometimes a break from it is just what we need.

And yes, you can do marathon training by time, not distance, too!

Why beginners should run for time, not distance

If you’re a beginner, running for time rather than distance should be the only way that you increase your mileage.

You have zero running to compare to, and the minutes seem like a LOT, which is good! Thirty whole minutes of running, well done you! That sounds a lot more impressive to our psyche than 1.5 miles.  Running is a numbers game, and minutes allow you to get higher numbers, which helps you to feel more confident about what you are doing. It also limits how much you can compare yourself to other runners who have been doing it for a while.

While it may not eliminate comparison, it can help you stay in your own lane, especially if you’re doing a walk/run plan.  You’ll be able to build up to a higher number of minutes, and be out there for the same amount of time as a more experienced runner…as long as you stay away from comparing yourself to their long run days!

If you’ve just started running, this Beginner Running Audio series will pretty much give you everything you could ever need to know about entering the running world, and one of the guests, George Anderson, explains how new runners can ramp up mileage using minutes.

Why experienced runners should consider running for time, not distance

What if you aren’t a new runner and have been running for years?

Believe it or not, it can be refreshing and rewarding, and can be good for you both mentally and physically.

Of course, races are specific distances (except if you’re in the UK and are racing cross country), but really, those should be the only measured distances, the occasions when we DO want to know how fast a pace we were able to sustain. Those are the days that matter to show how far we have come.

The rest of your running though, really, is about getting in the work as best you can. Doing the best you can with the situation you’re presented with on that day, and allowing it to add up to create a fitness beyond what you have achieved before.

If you’re someone who has a really big goal, maybe you think that running a certain number of miles or a certain pace will show you that you’re ready to go, will give you confidence on race day.  Even if you use time instead of distance, it’s not that you can’t look at your mileage afterwards. Go nuts on Strava.

But while you’re out there, if you find yourself struggling mentally, questioning why you’re doing this at all, wondering why you’re feeling so bad, and just generally feeling like your mind is in a negative space, it might be a good idea to look into running by time instead of distance.

That way you can get your head out of the way, and just focus on getting through the minutes you have assigned. You can successfully accomplish something, rather than feel like you’re a failure, unable to reach the standard you want to achieve.

Let’s say you would usually have a workout of 6 x 1 mile, and your goal marathon race pace would be 9 minutes per mile on average. If you run 6 x 9 minutes, you’re still getting about the same amount done for the day, but maybe you end up running 6 x 1.2 miles because you’re no longer obsessing over your watch. If it’s particularly humid that day, you’re running on rough terrain, or you’ve had a few really bad nights’ sleep, maybe you only make it 8 x 0.9 miles.  You still got the practice in for race day, without overdoing it by forcing yourself to do extra just because of some outside variables.

You also didn’t allow your mind to freak you out because you didn’t know how fast you were going. Fewer mental freakouts to deal with.

It can actually be enjoyable to get to the end of the week and find out what your total mileage was.  You just can’t let it ruin how you feel if it’s a little less than you expected.  Let it go, knowing that you did your best for that week.

That doesn’t mean that you can’t look at your mileage during the week.  You can still look over the paces from your workouts (after!!) and at what you averaged for your long run, but then it is on with the day.

You also have to let it go if you get back to your starting point and see that your watch says 7.9 miles. Rather than adding on the .1 for the sake of it, just come to a walk, satisfied that you’ve done what you needed to do.

Running by minutes is a way to feel success, rather than frustration and disappointment with yourself for not doing enough. Have you ever had a to-do list that you keep adding to day after day, but never manage to get it complete? It leaves you feeling like a failure, like you are always behind.

That’s what running for distance instead of time can do to you. Make you feel like you need more, more, more.

Running by minutes, you know exactly how long it will take.  Going faster doesn’t help you in any way, which means you’re less likely to go faster than your body is ready for.  You just go at whatever pace feels right for that specific run. If it’s a hard run, you run as fast as you can for 30 minutes or whatever the time is supposed to be. If it’s an easy run, you run for an hour at whatever speed feels like it’s allowing you to recover as you should be.

You get the same work in, with a more relaxed and confident mindset.

Want to learn more about how running affects your mind? Get our free PDF, Four Key Ways That Running Helps Your Brain! 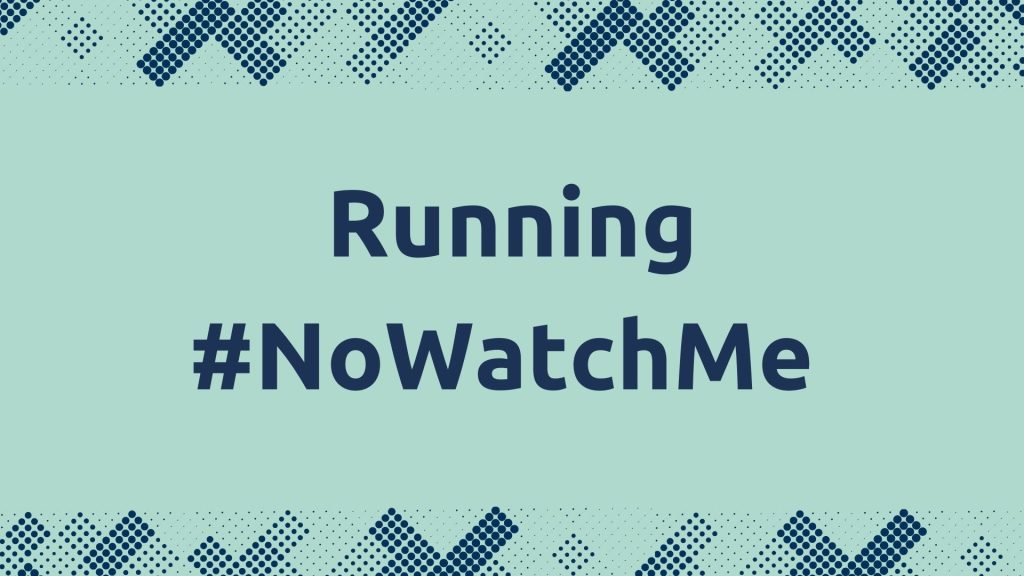