Regina Lopez is a pro runner for Salomon, competed in the 2020 Olympic Trial Marathon, and won her first Spartan Trail Race.  Last year she set a new 50 mile treadmill world record (8:41:37), despite never having trained for or run anything longer than a marathon and never having run longer than six miles on a treadmill.

You’d never expect that somebody so accomplished would struggle with confidence and self-image, but she has.  Today she talks about how she works through those issues, the importance of surrounding yourself with people who believe in you, and taking on the challenge of trying new things.

“Know that you are equal to them, that if you put in the work and you get in that line, you  belong there, and I did belong there.”

Throughout her twenties, Regina mainly ran marathons, and it was starting to get old.  “I was just doing the same thing, and just hanging out with the same people doing the same thing and I just got bored,” she recalls.  She had friends who ran Spartan races and followed Courtney Dauwalter and other ultra runners, and was intrigued by the idea of running trails and longer distances.

So she entered the Spartan Trail US Championship Women’s 21K in 2019.  She hadn’t focused on trail running, and she wasn’t sponsored at the time, so seeing all of the sponsored athletes competing was a little intimidating.  But, she says, “I just went in that race, I had fun. I was competitive, I raced my own race, and I won.”  In 2021 she ran her first ultra, the 50K Road National Championship, and earned second place.

She caught the attention of Salomon, which she believes is the perfect sponsor for her.  They’re not as interested in her times as in who she is as a person.  If that wasn’t the case, if she didn’t feel welcome, she wouldn’t have taken the sponsorship.

When Covid hit, Regina realized that she wanted to be more than “just a runner.”  She’d been so focused on being an athlete that she had never thought she’d have a career.  She’d also never had anyone support her ambitions.  Then she found her current job, which she loves, working with children with autism.  Like Salomon, it feels like a community, and she has mentors to help her grow.

“When I got into running it made me feel like I was strong, like people’s opinions didn’t matter to me. Yeah, that’s how I gained confidence and so I just put all my focus on running.”

There were many times when Regina felt alone and self-conscious.  She had a speech problem and didn’t begin speaking until she was five.  Ever since she was a baby, she was called “chubby.”  It wasn’t intended to be mean; people thought it was cute, but it hurt.

She was athletic, though, and played basketball and volleyball, and then got into running and weight training.  All of that helped her shift her mindset and appreciate what her body can do.

“When I’ve been put down so much during my life, I feel like that pushes me to want to achieve that goal.”

Regina didn’t have access to a track and did all of her running workouts on the streets of Los Angeles.  She didn’t have money for college tuition.  But the more that people told her that she wouldn’t run competitively or go to college, the more determined she was to prove them wrong.  In her senior year of high school, she went to a running camp at UCLA.  She earned a college scholarship.

When she was at the running camp, the coach told her, “keep running; we need more representation.”  At first what he meant didn’t click, but then, she says, “I went to a half marathon and a woman and her daughter came up to me after the race and the mom, she said, ‘thank you so much.’ You know, ‘you’re a strong Latina woman. We need more women like you.’”  Now she loves giving the encouragement that she lacked when she was growing up to other young women.

“It just feels great when I know I’m making an influence.  Like there’s two girls, they actually went to my 50 mile treadmill race. And every time I see them, they always tell me, “you inspire me,” and it just feels great that I’m able to encourage other female young runners.”

Thank you for listening to the Running for Real podcast!  We’d love to have your input on how we can make Running for Real the best that it can be.  If you can spare a few moments, would you please fill out our survey?  Even just answering the multiple choice questions would be very helpful, and if you could also answer the open-ended ones, that would be great!

Thank you to Athletic Greens, goodr, and Picky Bars for sponsoring this episode.

Go here and use the code TINA for 15% off your order. 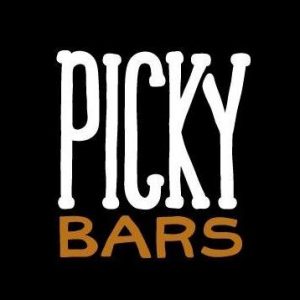 I am thrilled to be sponsored by Picky Bars! I have had Lauren Fleshman and Stephanie Bruce,  who founded Picky Bars, on the podcast and I am happy to say that their ideals are right in line with what Running for Real stands for. These bars are not only delicious, but they’re made of real food and are made for sport, imagine that…. They’re gluten, soy, gmo, and dairy free, with even some vegan options.

Click here and use the code TINA to get 20% off your purchase of $25 of more.  You can also apply it to a Picky Club membership for even greater savings!

“Thank you” to Regina.  We look forward to hearing your thoughts on the show. 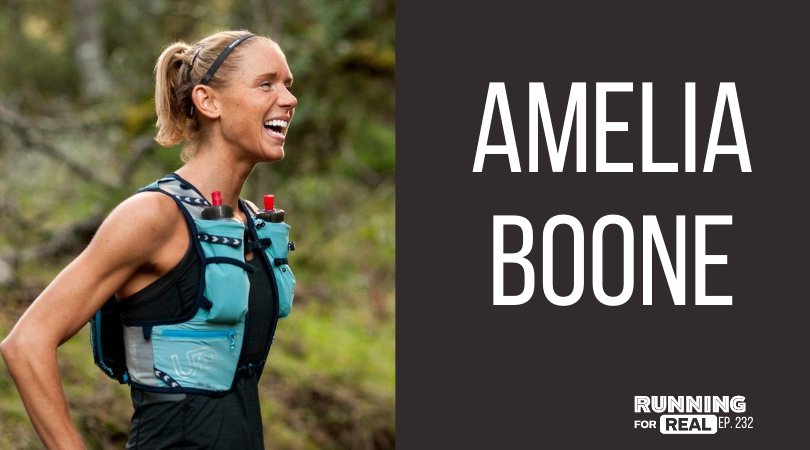 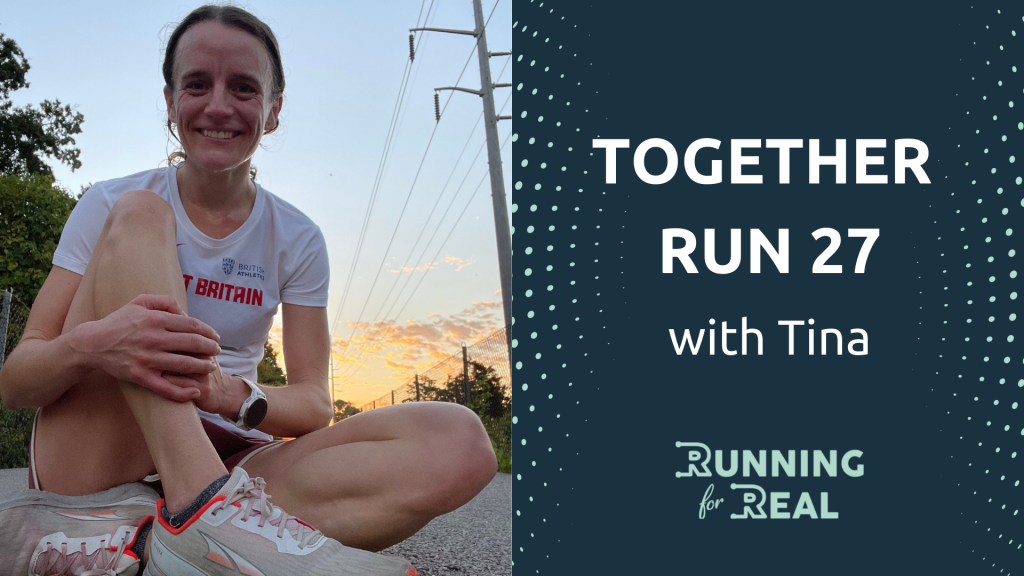 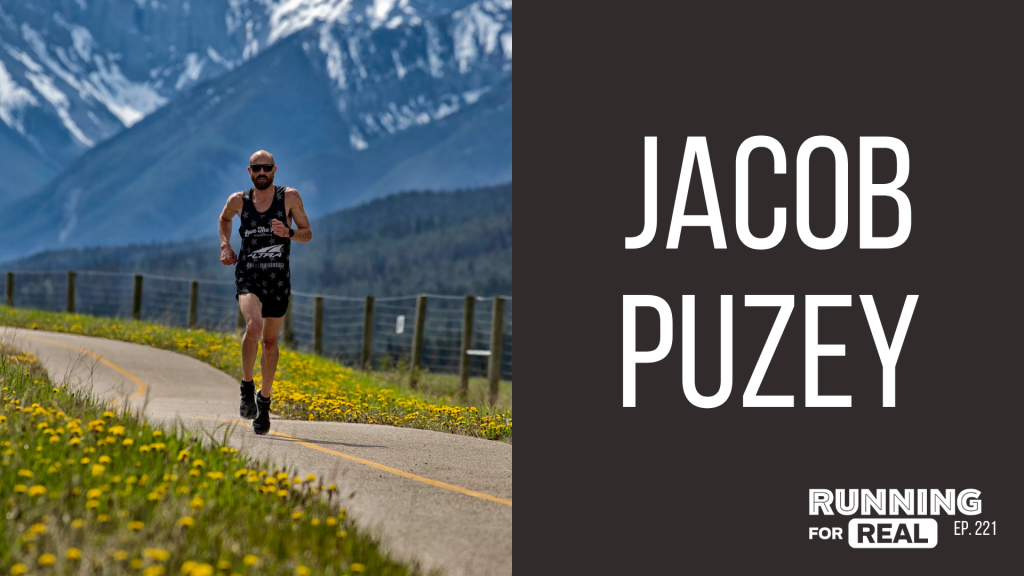