If you’re a runner, Steve Magness’s upcoming book, Do Hard Things: Why We Get Resilience Wrong and the Surprising Science of Real Toughness, will resonate with you. Actually, if you’re a human being, it will resonate with you. Society leads us to believe that toughness is an inherent quality that we either possess or lack, but his research shows that it is, in fact, something that we can develop. As Steve says, “You have the capacity, but like anything, you have to train that capacity.”

He gives as an example a high school runner he coached at the beginning of his career. She was a walk-on who didn’t see herself as competitive or tough, but he put her into situations where she could succeed and her confidence grew. By the end of the season, the girl who technically shouldn’t have made the team finished third in the 5K and clinched the team conference championship. “This isn’t the exception; this is the norm,” Steve emphasizes. “If we give people the freedom to perform, they’re able to do amazing things.”

The key, he says, is being able to “understand and almost distinguish what is real and what is fake.” “Society just kind of inundates us with these messages that we’re not good enough or we’re not as good, or we’re not capable, or we’re lower on the totem pole, and it’s our job to get that voice out of your head and be like, ‘No, that’s just fake; you don’t know how good you can be until you put yourself in those positions and give yourself a shot.”

Recognizing what is real and what is fake also plays a role in deciding whether or not to quit. When you begin to experience discomfort during a race, your mind will send you signals to slow down or stop. As Steve explains, “that’s just because our brain has to be like that. If it didn’t send the alarm until much later, or ever, then we quite possibly could run ourselves to death, right? So we want that alarm.” But when you learn to tell the difference between what is “real,” like a pulled hamstring, and what is “fake,” like temporary discomfort, you can develop strategies to stay tough and push through your mental barriers.

Sometimes, though, being tough means not pushing through. As an Alpine mountaineer once told Steve, “Quitting isn’t weakness; it’s the tough decision. If you choose to quit and are deliberate and intentional about it, that makes you tough.”  He explained that he could be close to summiting and have to decide whether or not to make that final surge up the mountain. The easy choice would be to do it and achieve the goal he’d been working towards for years. But would he have the strength afterwards to get back down the mountain? If he wouldn’t, as devastating as it would be, turning around would be the right decision.

“Quitting is the most difficult thing because we associate it with failure; we associate it with giving up,” Steve says. But, he goes on, “I think that association is unfair because we quit at many things throughout our days, weeks, months, life, right?  We quit by not choosing to do them and that often frees us up to do other things that might better suit our talents or motivations in the moment. So instead of seeing it as quitting, see it as, ‘Am I making a wise choice?’”

That choice can be easier to make if you haven’t allowed your goal to become all-consuming. Steve points out, “We often think that the toughest, the best performers are all-in on one thing, but the reality is they’re able to diversify their sense of self. So if this thing goes badly, there’s still something else.”  He offers Sarah Hall as an example. “If she has a tough race, yeah, she’s gonna be super bummed, but there’s always something else to fill that hole, fill that gap. It’s not, ‘Oh, I had a tough race. I myself am a failure as a person.’ It’s ‘Oh, I just struggled in this race. How can I move forward?’ And I think that that space between who you are and what you do is so important to be able to navigate life successfully.”

It may appear from the outside that the most successful people are the ones with a single-minded focus, but, Steve reminds us, “Instagram isn’t reality.” And, he says, when an athlete does have that intense fixation on a goal, “It almost becomes this obsession that they have to do, instead of they want to do, and whenever you make that move to ‘have to,’ instead of ‘want to,’ bad things happen. That’s generally where you see athletes start to struggle, start to underperform, etc., etc. So the ones that I’ve seen succeed over the long haul, like Sarah Hall, are the ones who have some sort of perspective and diversify their meaning and interests.”

Another key to success, he says, is managing expectations. “Often we think toughness is about, ‘Oh, I’m going to go in and have this fierce confidence and this overwhelming optimism and just picture everything going right and all that good stuff.’ Well, what are you doing? You’re creating unrealistic expectations. Even during your best marathon, it’s gonna feel like crap sometimes, right? It always does. If you go in expecting it to feel easy, well, guess what? You’re gonna freak out. So then sometimes runners will come to me and they’ll be like, ‘Oh okay, then I’m just gonna expect it to be really hard.’  Well, what have you done? You’ve shifted the other way because if you expect it to be incredibly difficult, your brain is going to be like, ‘Oh, this is gonna be the hardest marathon in our life. So keep the reins on, don’t push, don’t even come close to that line.’  So to me, it’s pretty simple: set appropriate expectations.”

Having appropriate expectations means that your “goals should reflect reality.” If you set unrealistic ones that you consistently fail to reach, they’ll become roadblocks over time. Goals should also be “authentic.” Other people – coaches, parents, teachers – often tell us what we should aim for, and, Steve says, “Whenever goals are imposed upon us, they don’t work. They just backfire.”

Toughness isn’t about pursuing a goal because you feel as if you should. “If you look at the science, toughness, resilience is trained when you have a choice.”  Ultimately, “You have to realize when the goal is helping you and motivating you and when it’s stealing your joy.”

Steve’s first appearance on the podcast

Thank you to insidetracker, UCAN, and allbirds for sponsoring this episode.

UCAN uses a one-of-a-kind carbohydrate to provide a steady release of glucose over several hours that’s easy on your stomach and doesn’t cause a sugar crash. It comes in powders, bars, and gels, and they actually taste good! Their gel, UCAN Edge, was voted by Runner’s World as one of the best foods to eat during a run. Tina has been a fan of UCAN for years and uses it exclusively for fueling when she’s training and racing.

Go here and use code TINAUCAN for 20% off your order!

“Thank you” to Steve.  We look forward to hearing your thoughts on the show. 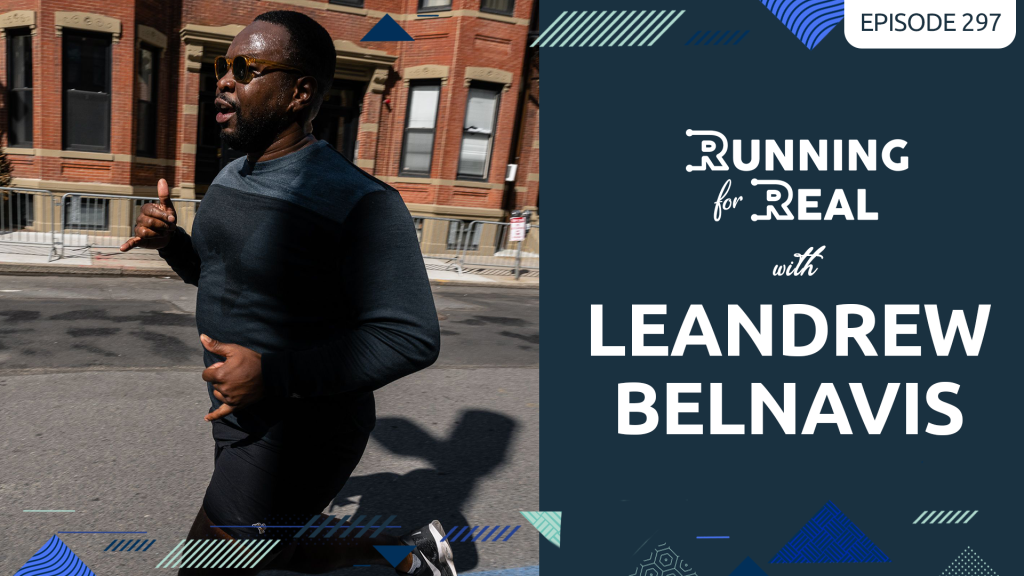 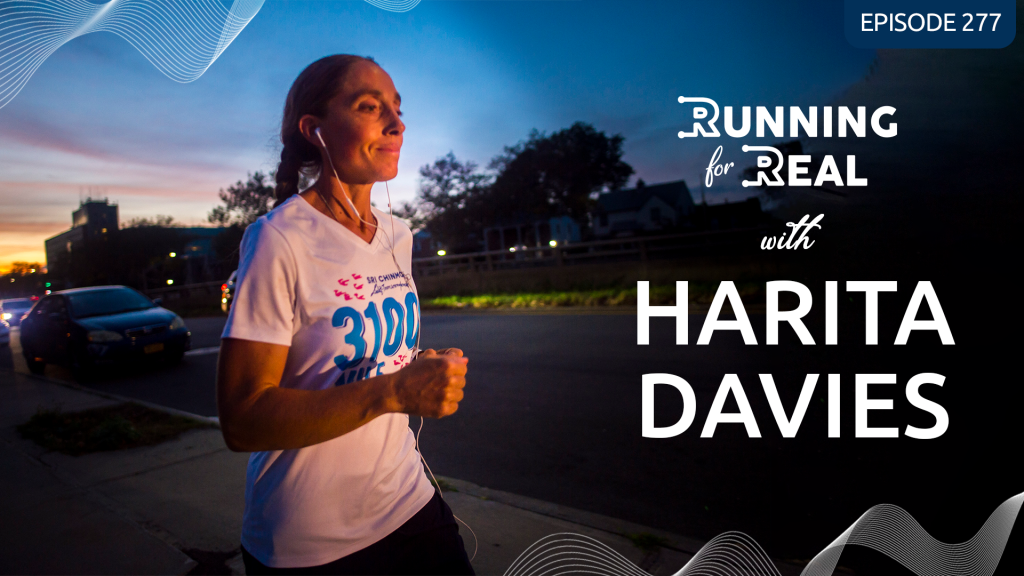 Harita Davies: You Have No Idea What You Can Do Until You Try – R4R 277 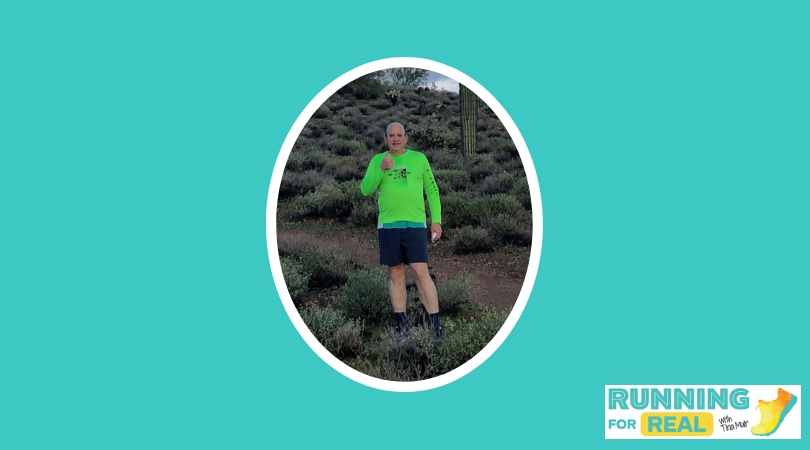