Allie Ostrander is the example that she needed when she was younger.  She was a high school track phenom, three-time NCAA steeplechase champion, and a professional runner with Brooks Beasts. But she suffered from an eating disorder the entire time, resulting in a string of injuries.

In 2021, she entered an intensive recovery program, and went public with her story while she was there. She hopes that by sharing her experience she can educate young people and help them avoid the consequences of eating disorders and RED-S (Relative Energy Deficiency in Sport).

Allie grew up in Alaska and didn’t compete outside of the state until her junior year in high school, when a coach from another school saw her race a huge PR and told her that she should run in the Arcadia Invitational, considered to be the most competitive high school meet in the country. On a whim, she went to California the next weekend. “I was so nervous. I was a wreck. I think I warmed up like 75 minutes before the race started, because I had to start doing something,” she recalls. She overcame her nerves and finished second, with a 14-second PR, and realized, “Oh wow, I’m not just good for Alaska; I’m good for the U.S. And that was kind of when I started thinking outside of just winning state and started thinking about the other competitive opportunities.”

By that time, her disordered eating habits were already firmly ingrained. “I remember being in seventh grade and leading up to  track meets, I’d be like, ‘Well, I have to eat really healthy this week; I can’t have any dessert; I can’t have this,’ and throughout the track season that would just get more and more strict, because I was like, ‘Well, I really want to run. Well, I really want to be my best. I really want to know when I’m standing on that start line that I did everything,’ and all of a sudden ‘doing everything’ also includes tightly controlling your diet. And at that young of an age, it’s just kind of crazy to do that.”

She had been favored to win state cross country her freshman year of high school, but collapsed during the race. Blood work showed that she had very low iron, her thyroid hormones were off, and her cholesterol was high, along with other symptoms that were also “super big red flags for eating disorders.” The doctors, however, just suggested that she should take iron, and maybe needed medication. They asked her what she ate, and when she told them, “They were like, ‘Oh, that all sounds good, really healthy,’ you know, because it’s not like I wasn’t eating. I was, but it was just not enough, especially for what I was doing.”

Allie’s sister was worried, and told her that she thought she was hurting herself and that she was afraid that she’d lose her if she kept on the same path. That did make her want to change, and she made an effort to eat more. But it still wasn’t enough, and she says, “I wasn’t motivated to change further because the doctors weren’t telling me that I needed to and so I didn’t feel that urgency. That just continued through all of high school. Whenever I went to a doctor and they saw my blood work, they heard what I was eating, they saw whatever, and they knew I didn’t have a period and never had started one, and no one was ever concerned.”

Allie believes that if she’d known the harm she was doing to herself, she would have done something about it before her eating patterns became habitual. That’s why she’s so passionate about educating others about RED-S (Relative Energy Deficiency in Sport) and eating disorders. She made a documentary with MileSplit, Under Pressure: Gaining Your Life Back, to provide young people with the information they’re probably not getting from their family physician.

“No one ever brought up you could have really bad bone density; you could not be able to run; your hormones can be off, which could impact your fertility further on in life. Like tons of other negative consequences.  None of that ever was brought up to me, and so in the documentary, I really tried to drive that point home that these negative things will happen. It’s not a matter of if, it is when, and you are a ticking time bomb, if this is what you choose to do.”

She does emphasize, however, that you can’t tell if someone has an eating disorder just by looking at them. “You don’t want to focus on the aesthetic of it, because eating disorders aren’t a physical illness; they’re a mental illness with physical repercussions. So it’s hard to say, because you can’t just see a thin runner win and be like, ‘Well, eating disorder,’ because maybe she doesn’t have one. Maybe that’s just naturally her body, because that does happen.”

It was hard for Allie to build up the courage to go public. She knew that she would have benefitted by hearing first-hand from someone going through recovery, but she was afraid of the repercussions. She didn’t want her identity to be “the girl with the eating disorder.” But one of her top values is authenticity, and so, she says,“ I just decided I wanted to be authentic, even at the risk of people not seeing my identity beyond my eating disorder, because I wanted people to understand what I had gone through. And I wanted them to understand that that was a normal thing to go through, and other people have done it too, and other people would do it after me, and other people doing it at the same time as me…”

There has been negative fallout – some sponsors have expressed a reluctance to work with her, even though she’s healthy now. But her greatest fear, that when people looked at her, they would only see her eating disorder, didn’t come true. “They still see all the other parts of me,” she says. “I was afraid I’d become this one dimensional person, but I definitely haven’t. I feel like I have more dimensions even than I did before.”

Running for Real YouTube channel – be sure to subscribe, and ring the bell to be notified when our RED-S: Realize, Reflect, Recover videos are available!

Thank you to Örlö, Oladance, and Tracksmith for sponsoring this episode.

Örlö is the world’s most sustainable algae supplement. Their products deliver a natural source of omega-3s, vitamins and minerals that improve user experience, bioavailability and nutritional support. Their algae omega-3 products are in the polar lipid form, delivering superior absorption over traditional omega-3 sources including fish or krill.

Their algae is grown in pristine water in Iceland using only green energy and they employ a carbon-negative production process. 99% less land and water resources are used, so you get 100% of the benefit with 0% of the guilt!

Go here and use code TINA10 at checkout to save 10%. You can add it on top of their special New Year’s offer for a total savings of 37%! 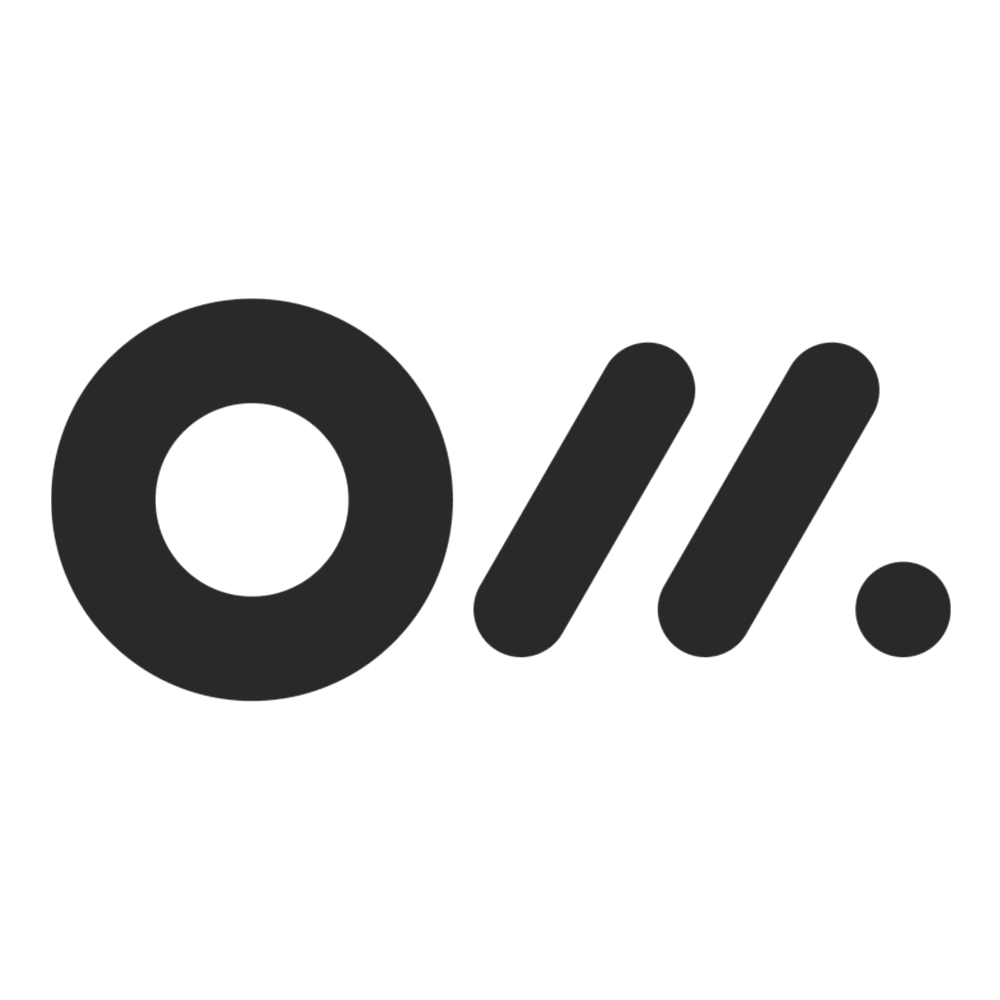 Oladance is for people who love to move, to be active, and to listen to music, podcasts or books with superior sound. You can go here and use code TINA to save 20% on your order!

One of the best things we can do for the environment is to be thoughtful with our purchases and buy durable, long-lasting items, instead of cheap ones that will wear out quickly and wind up in the landfill. Tracksmith’s clothes will last for years and still be in the same condition as when you bought them. Tina has had the same Brighton Base Layer since 2018! It’s made from a Merino wool blend that regulates your temperature and fights odors during cold winter months.

Go here and use the code TINA15 at checkout. It will give you free shipping and Tracksmith will donate 5% of your order to Rising Hearts, the Indigenous-led nonprofit founded by Jordan Marie Daniels.

“Thank you” to Allie! We look forward to hearing your thoughts on the show. 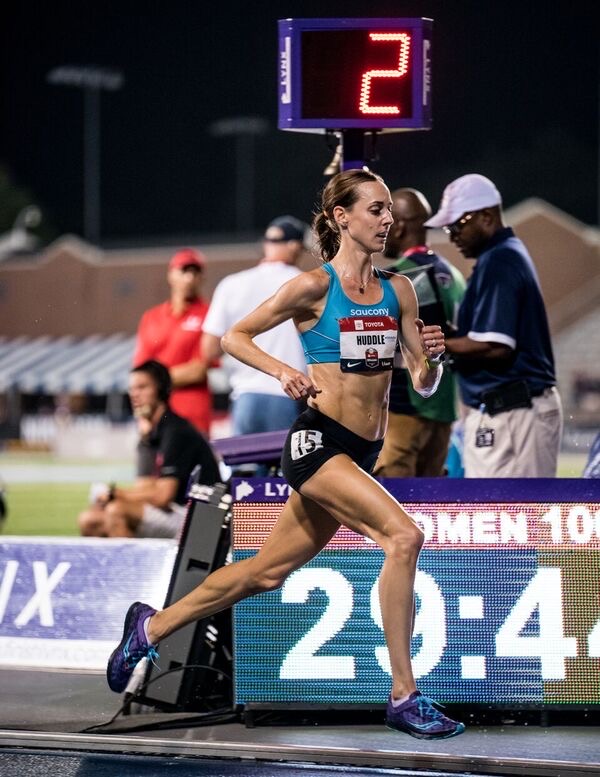 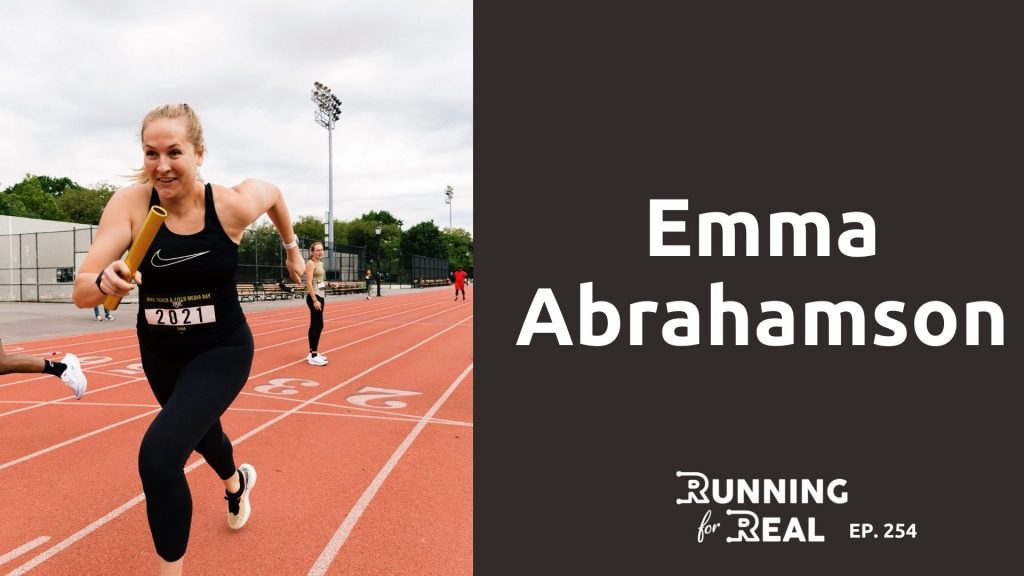 Emma Abrahamson: You Have Value Beyond Your Fitness, Performance, and Appearance – R4R 254 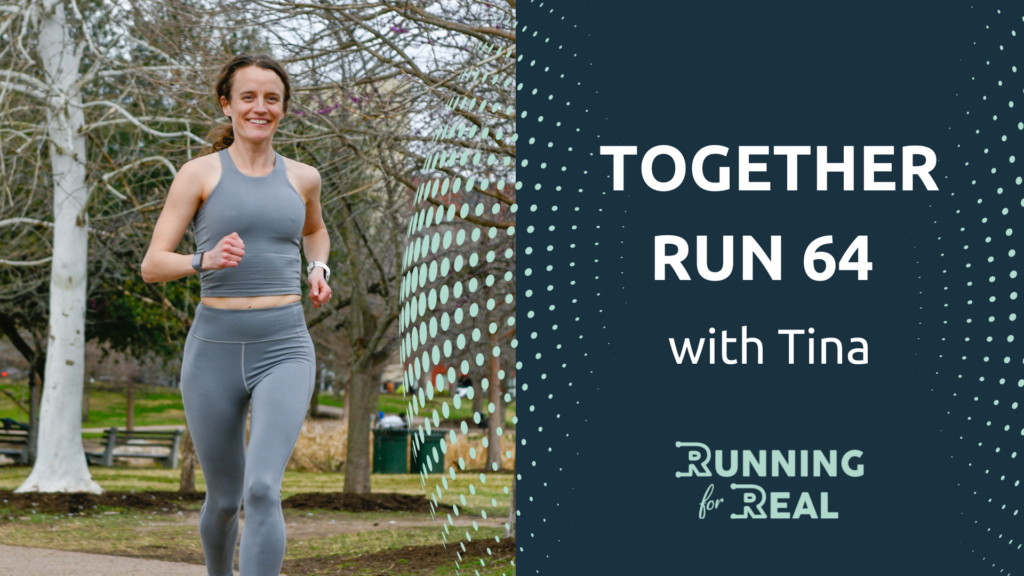