There are four cardinal virtues recognized by almost all of the world’s philosophies: courage, temperance, justice, and wisdom.  Ryan Holiday examines the first in his latest book, Courage is Calling: Fortune Favors the Brave.  His other books include the bestselling Stoic trilogy of The Obstacle is the Way, Ego is the Enemy, and Stillness is the Key.  He has a popular newsletter and podcast, The Daily Stoic, and on top of all that, he’s a runner!  On today’s episode we talk about philosophy, running, and how they intersect.

“Seneca talks about this word euthymia, which basically he defines as tranquility, but his definition is that it’s when you have the sense of the path that you’re on and you’re not distracted by the paths that crisscross yours.”

Seneca was speaking about a basis of human life goals, but it can apply at any level, including being disciplined in your running.  Years ago Ryan was out on the track when someone came alongside him, “and now all of a sudden we’re racing for no reason.  And I remember thinking, he has no idea how long I’ve been here; he has no idea how long I ran to get here. Why are we in this pointless competition with each other to prove nothing to nobody?”  Ideally, we should do whatever we’re doing and not be concerned with what others are doing.  Ryan says that as a runner,  “just because someone else is there, just because someone comes up behind you, just because someone is twenty paces in front of you, to be able to tune that out and just focus on what you’re trying to do, to me is the key part of the discipline of running.”

“The Stoics would say that anything you do out of compulsion is not good. I kind of see it as of all the things to be compulsive about, this is probably one of the least bad.”

Another discipline of running is consistency, which can slip over into compulsion.  Ryan acknowledges that he’s streak-focused, but also sees it as a strength. For example, he says, “as a writer, the way you write books is by showing up every day and writing a little bit, and that adds up cumulatively to books and that’s certainly how I, on a consistent basis, have published what I’ve been able to publish.”  He likes to do some form of strenuous exercise every day, but tries to balance out his compulsion to run by biking or swimming.

“What I love about running is that it’s self contained and totally in your control.”

“The courage to be oneself, to be difficult, to be unusual, to transgress norms or expectations, is just as scary and just as important in the long run as any form of physical courage might be.”

People tend to think of courage in terms of physical feats, but it’s also “when you put yourself out there, when you do what needs to be done despite the fact that it’s scary or hard or risky.”  Ryan tells a story about Margaret Thatcher, who went for her first job interview after university and saw a note that the interviewer had written, saying that she had far too much personality to work there.  That’s true, Ryan says, she did have too much personality for the job, “but she was courageous enough not to become what she needed to be to work there.”

That’s one of Ryan’s favorite quotes from Marcus Aurelius, who lived during a time of plague.  It was only during the current pandemic that Ryan realized that quotes like that one, which he had thought were purely figurative, were literal, as well.  Now, he says, it’s “like, oh I see what you’re saying. Yes, you can get Covid. Or you can get infected with something worse than Covid, which is whatever is making these people scream at grocery store employees or take horse dewormer, you know, whatever.  You can get infected with a different kind of disease, a different virus. It’s actually worse because it makes you worse as a person. It might not have the same health concerns. But it’s almost worse.”

“One of the things that I love about Stoicism is that it’s a philosophy that articulates really clearly what our obligations are to other people.  For me, the idea that stoicism is this sort of insular personal philosophy really misses what was actually a philosophy designed to make one active in the world.”

Thank you to Tracksmith, Generation UCAN, and InsideTracker for sponsoring this episode.

You can get $15 off your purchase of $75 or more; click here and enter code TINA15. This offer is ending soon!

Thank you, Generation UCAN. I have been talking about them for years and they are my ONLY source for fueling while I am training and racing. And without fail, I have a product of UCAN every day, whether it is a Peanut Butter Chocolate Bar or their delicious Cookies and Cream Protein Powder. I am also excited to share with you a NEW product, a gel! It’s fueled with Superstarch and ready to go wherever you are headed.

Have you not been feeling yourself lately? Gone down a lot of avenues, but not really found clear solutions? That is where InsideTracker can come in for you. I have trusted this company for years to help me find what I may be lacking, or if I just need a few tweaks here and there. I count on InsideTracker to help me decipher the science behind it all.

Go here to get 25% off as a special for Running for Real listeners when you sign up!

“Thank you” to Ryan.  We look forward to hearing your thoughts on the show.

Marathon Training Academy- Why the Marathon Makes You a Superhero: R4R 008 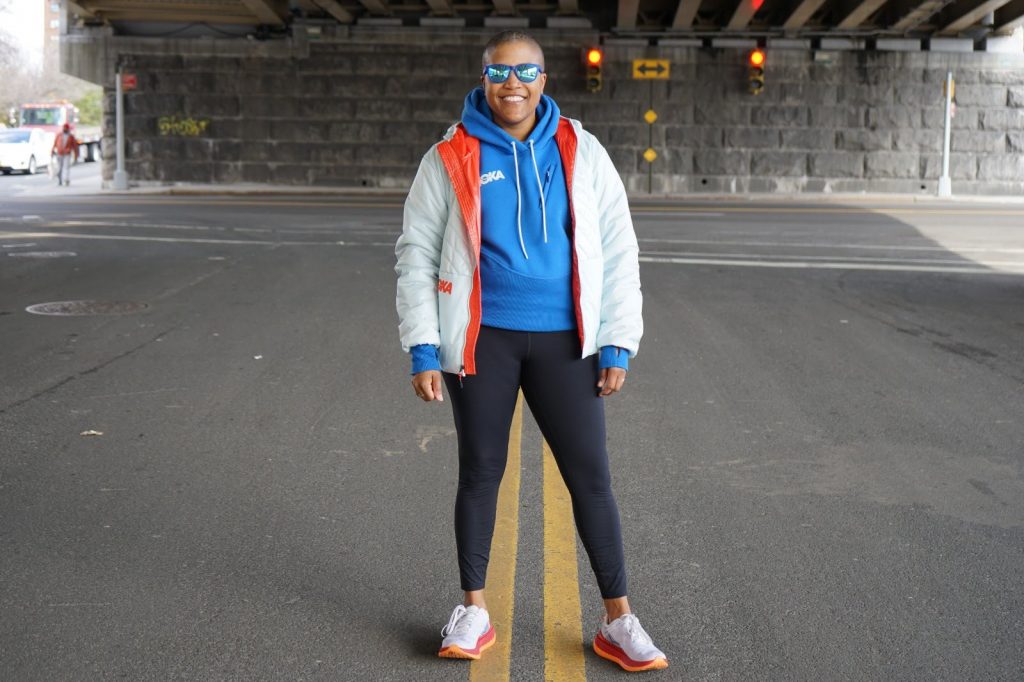 Alison Desir: Strength Is Knowing Nothing Is Guaranteed – R4R 181